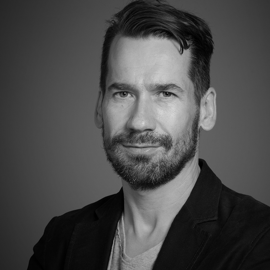 Rich started off in journalism and travel writing before turning his creativity and penmanship to the world of advertising and communication.

He was born, bred and educated in the UK, working there briefly before heading to Paris, where he joined Ogilvy as a copywriter (fluent in French!). From 2001, he was part of the Digital Advertising team that won multiple advertising awards for IBM.

Since returning to Europe, Rich has helped shape new identities for several NESCAFÉ brands, worked on the launch of an online platform for the United Nations, created video and blog reports live from the World Economic Forum for Renault-Nissan, and helped drive a new social media strategy for a chain of luxury Japanese hotels.

He joined Squids in 2015, bringing with him his expertise and talent as a strategic copywriter.